What’s Its From the December 2020 Issue

181-1 This tool is a wire twister for making picket fences. The second photo shows a small recessed wheel, the other side of the tool is symmetrical to the one shown.  The two wheels serve to keep the wire in the correct position. 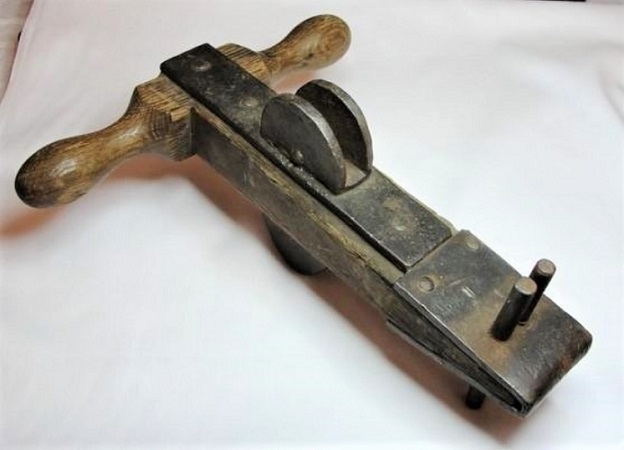 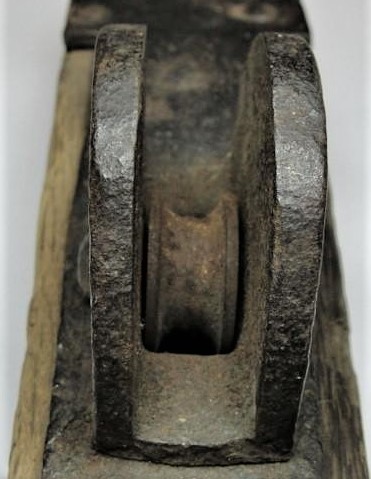 The patent below shows a device that can twist five pairs of wire at the same time so that you could quickly make a fence, they would twist the wire, then add a new slat, then twist the wire again, add another slat, then continue in this manner for the length of the fence. 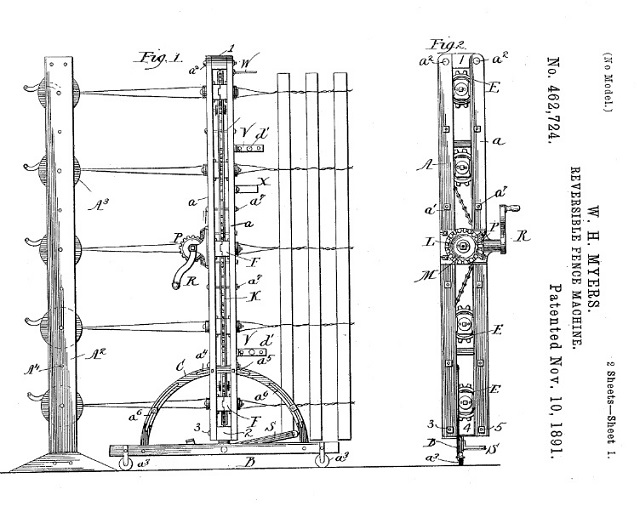 Our tool could be used to make the same kind of fence, but you would have to use five of our wire twisters, as seen in the modified patent drawing. When you would twist the wires you would want to alternate the direction of the twist after each slat so as to not get the wires twisted behind you. Seems like it would be cumbersome when making a five wire fence but might work well when making them with just two or three pairs of twisted wires. 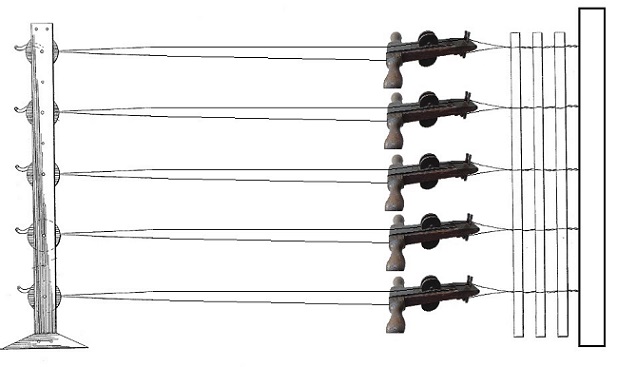 181-2   This tool is a crimper for the old tin caps on wine bottles. It is similar to the tool in the old catalog entry below. 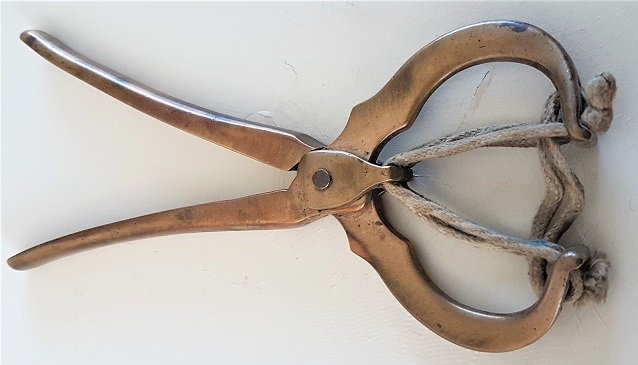 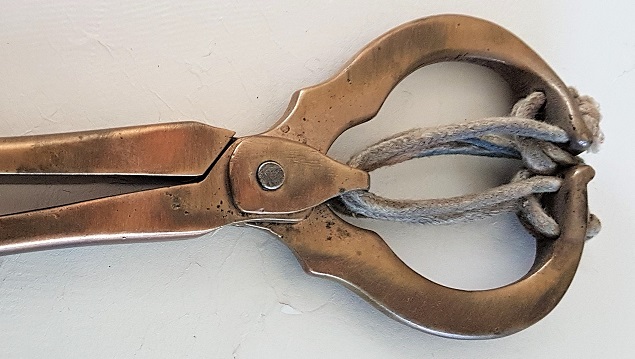 According to Google Translate, the text at the bottom of this image says “Capping pliers, called sculler, in nickel metal with leather straps, for the automatic installation and crimping of metal caps on bottles of all sizes.” 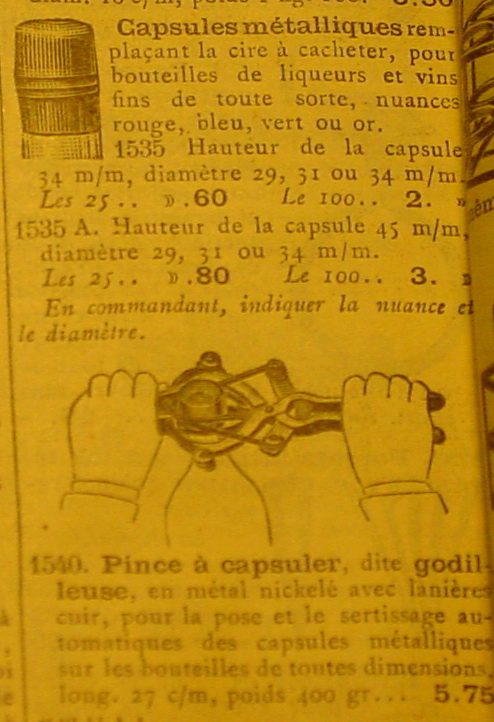 181-4  This is a knife sharpener, in use the knife would be pulled along both sides of the center sharpening stone where indicated by the two arrows. Text reads “HP Brooks Pat Apr. 28, 1874”  patent number 150,225 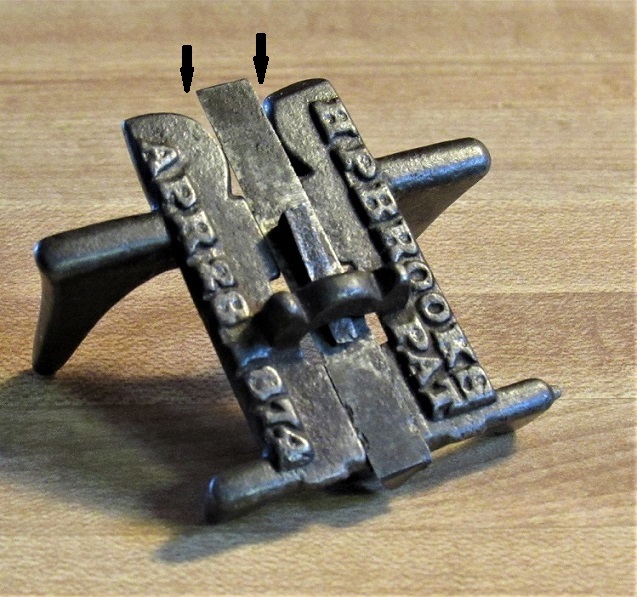 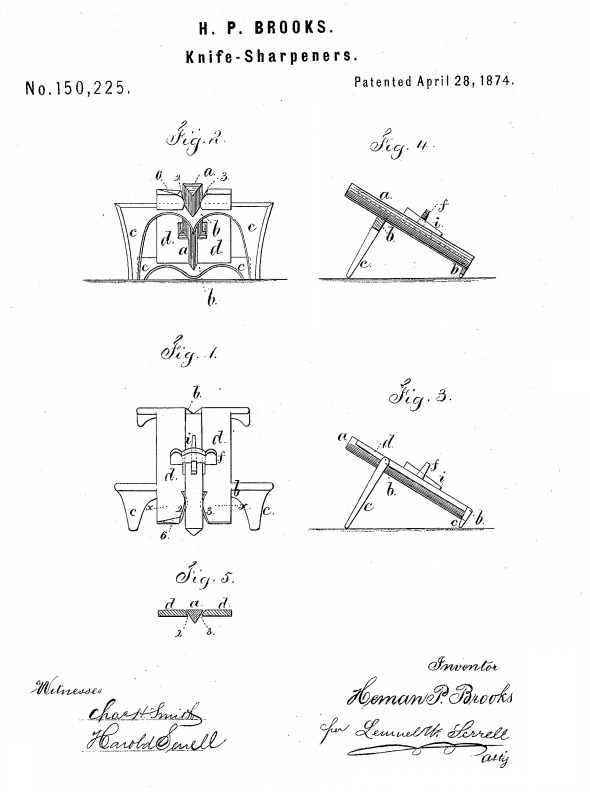 What’s Its From the September 2020 Issue

180-1 This is a typewriter repair tool, No. 10 side aligning pliers for offsetting a type bar to side align type. 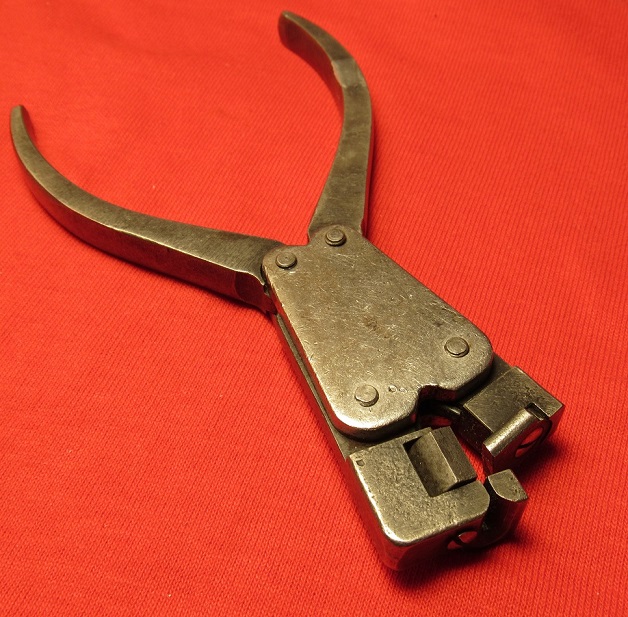 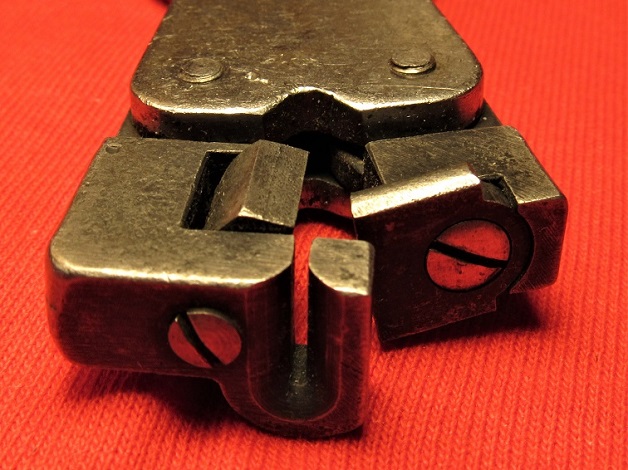 180-2 This device is a lens measuring gauge. It dates from 1930 and was used by optometrists to measure the radii of lenses (concave, flat or convex). 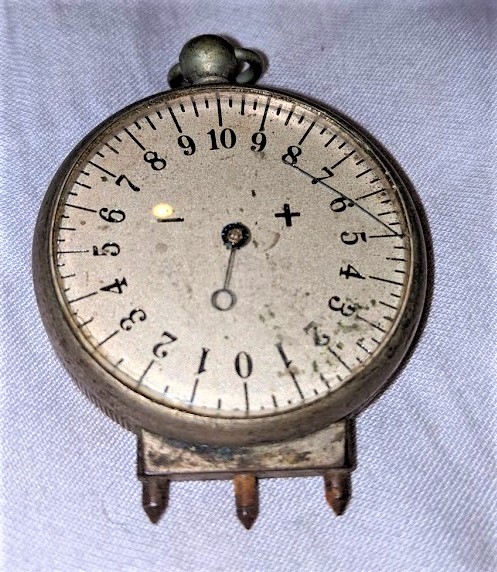 180-3 These are ember tongs, for picking up a hot ember to light a pipe or candle, also known as concertina tongs. 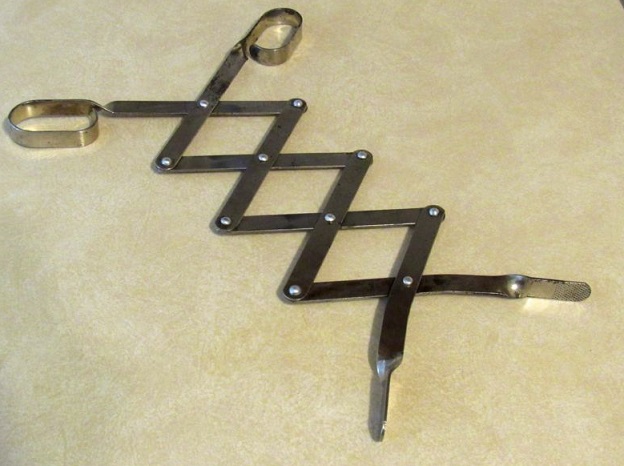 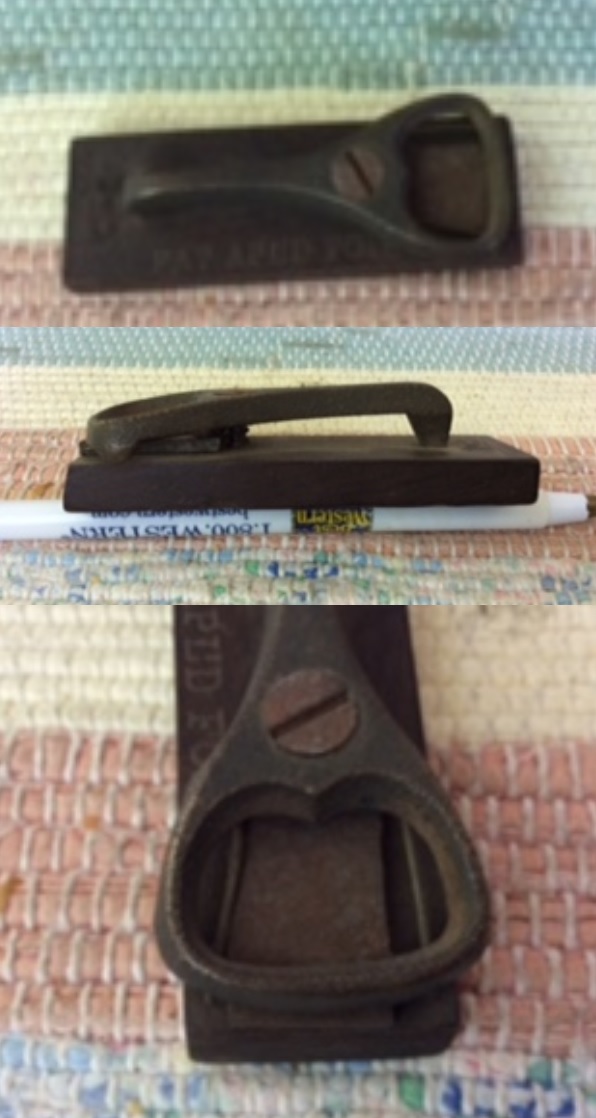 179-1 This is a Dixie Gun Works mouse killer, it is a reproduction of a device that was first made in 1862.

In use, the barrel is loaded with gunpowder and a small bullet. Peanut butter or other bait is placed on the bottom of part A, a percussion cap is set on top of part B, part C is placed between the hammer and the sear, and the safety is removed (part E). If a mouse pushes up just slightly on the bait holder, part C will be dislodged and the hammer will strike the percussion cap, sending a spark down to the barrel to ignite the gunpowder and propel the bullet. 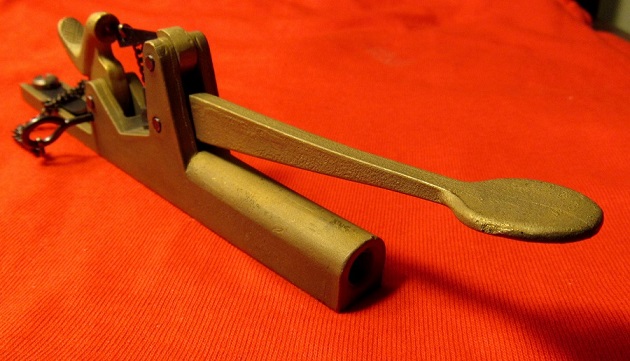 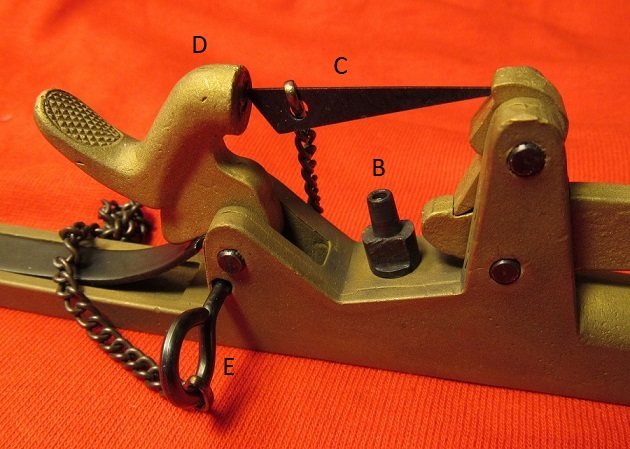 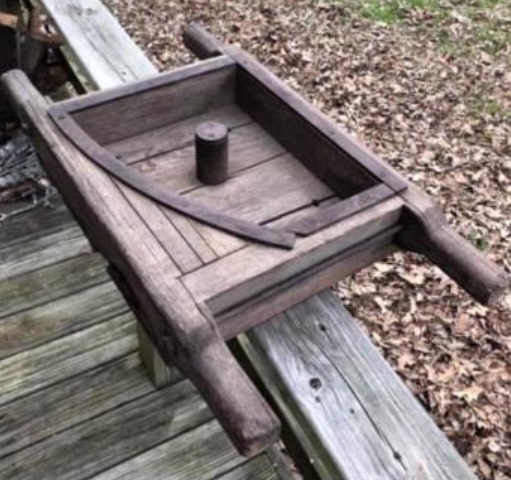 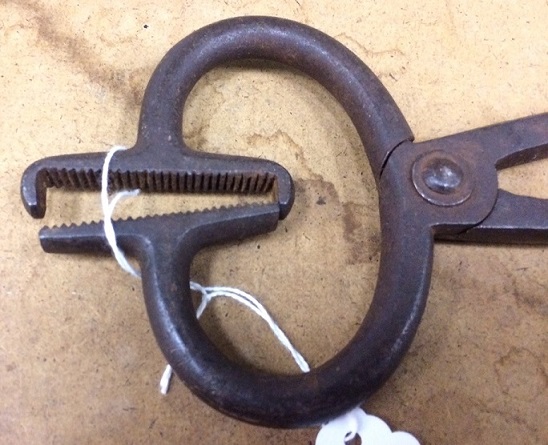 179-4 These are horse carriage tugs, the shafts of the carriage run through these items that hang along each side of the horse pulling the carriage. Scroll down on the site below to read more about them. Text on them says “Mfd for H F LIVERMORE, Pearl St, Boston, Mass” 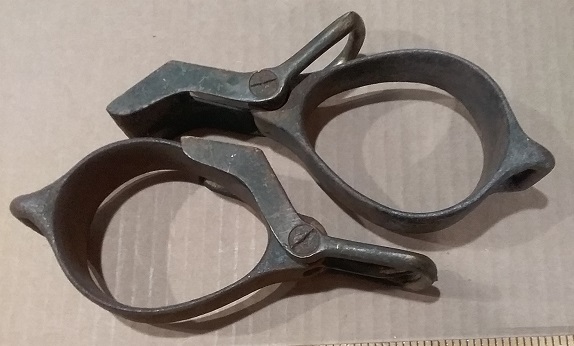 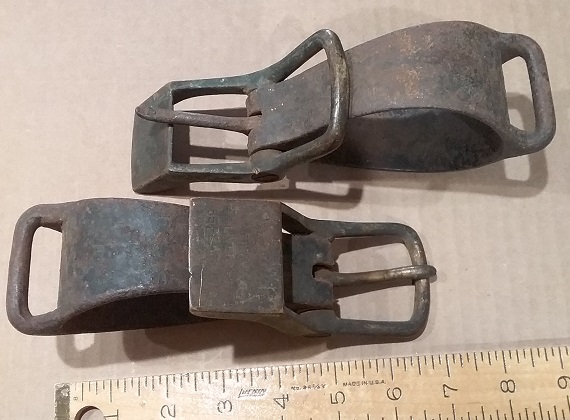 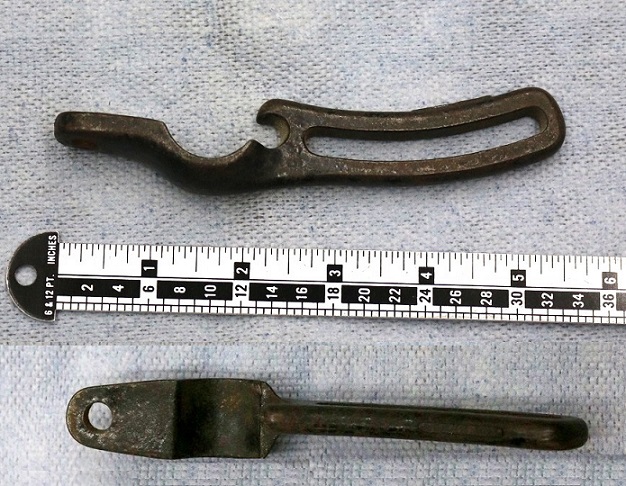 178-2 This device is part of a cream separator 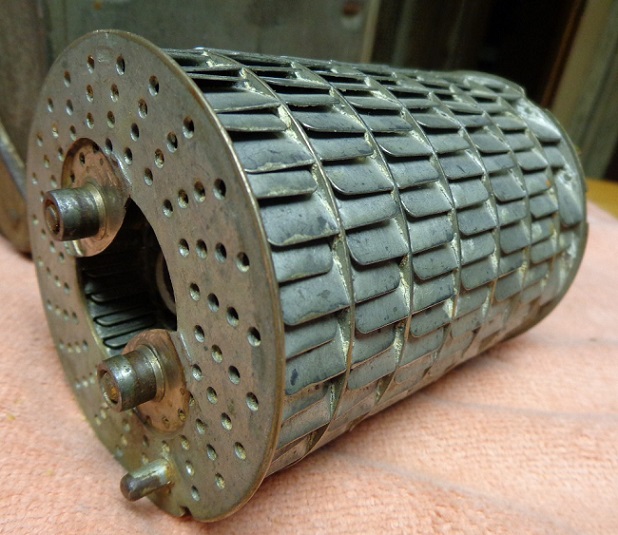 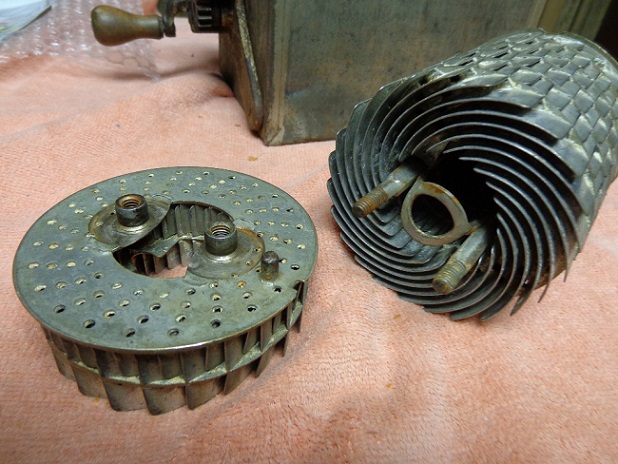 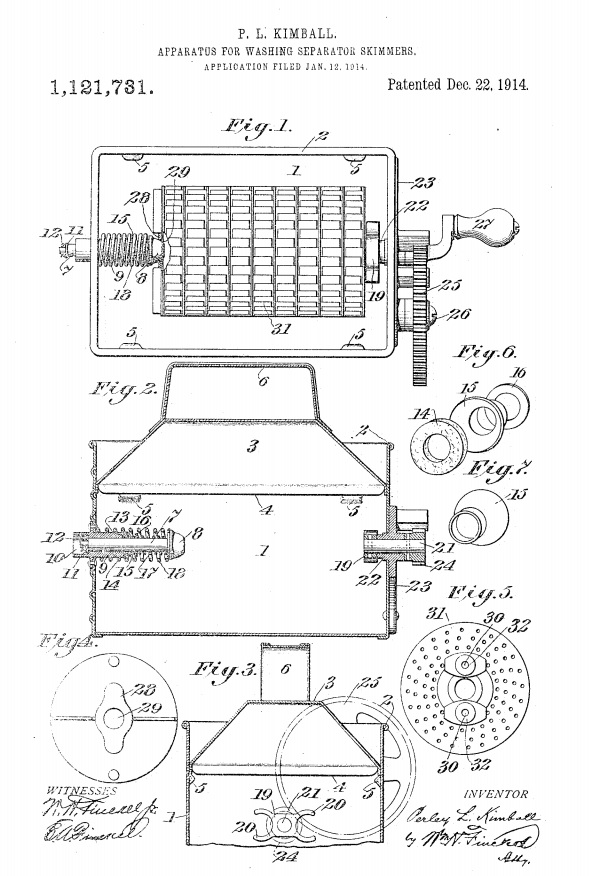 178-3 A pair of combination pinchers, the patent for this tool states:
“The nature of the present invention consists in the jaws of
pinchers with a swage, for fitting joints of pipe to each other.
A stop or gage, being attached to the jaw of the pinchers, is used
to bring the swage always the same distance on the pipe.”
Patent number 163,277

https://patents.google.com/patent/US163277
This combination tool can also be used as a hammer, tack claw, can opener, nutcracker, screwdriver, and wire cutter. 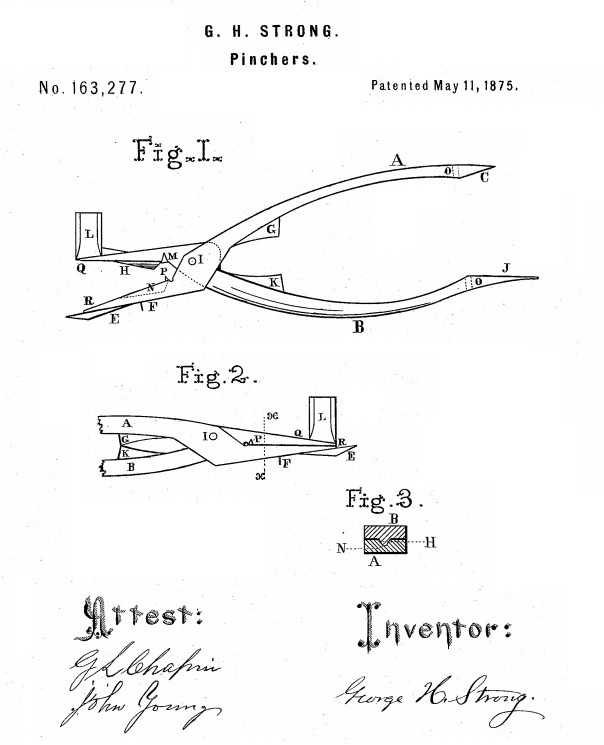 178-4 This item is a picker arm for a potato planter, I found it very interesting how it works, you can see it in use in the video at the link below. 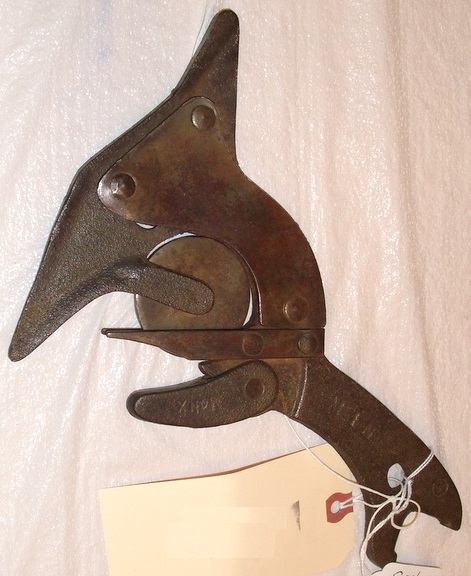 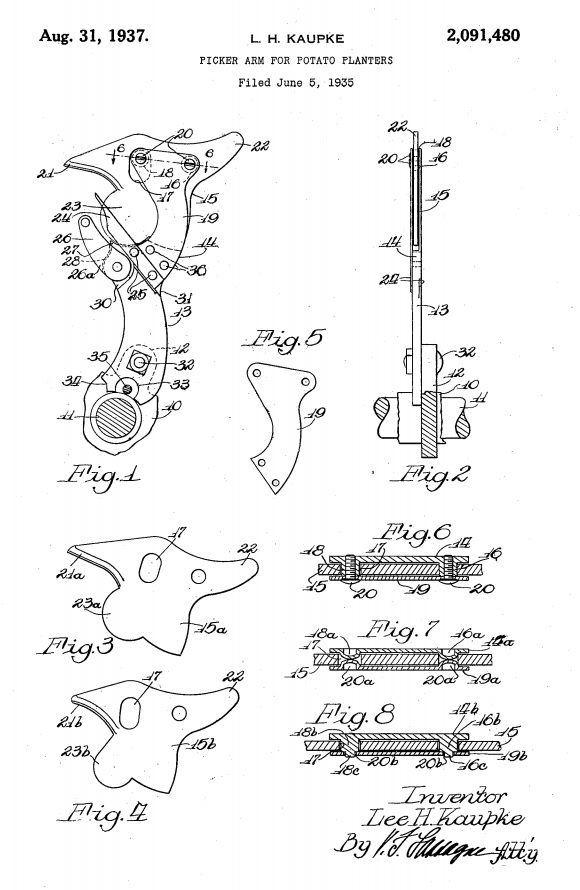 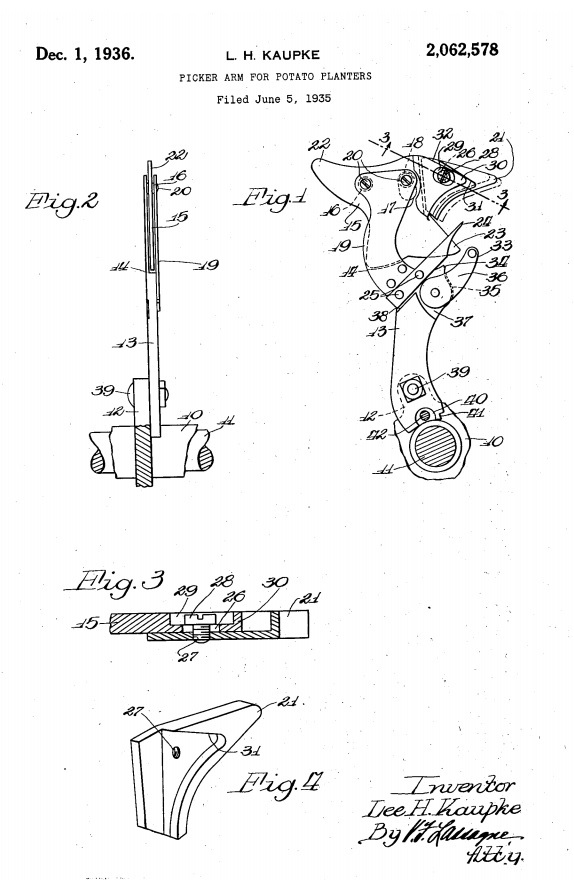 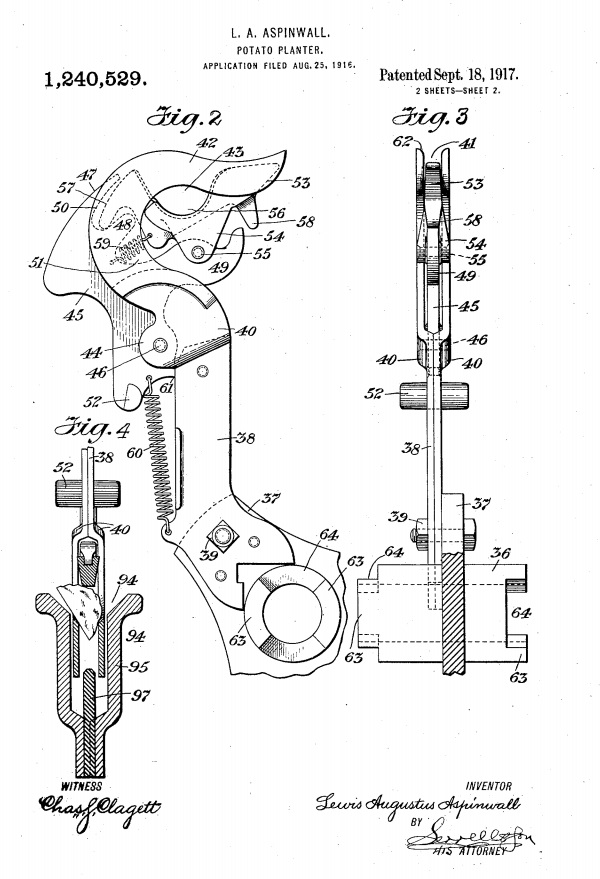 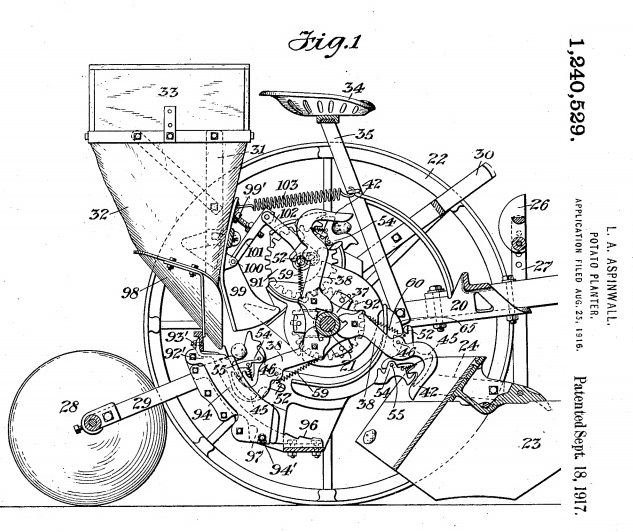